Sago Palm isn’t really a palm. It’s a Cycad, one of the oldest, most primitive plant families, dating back 200 million years.

Because of its growth habits, this plant is more closely related to pines than palms, although it resembles the latter. In the Southeastern US it is used as a landscape plant.

Extremely slow-growing, this prehistoric tree takes several years to grow its thick, palm-like trunk and long pinnate leaves. Although not graceful as a true palm, it stands out as a captivating tropical plant.

You can keep Sago Palm dwarfed by growing it in a shallow pot. It is also commonly sold as a bonsai.

The Sago likes bright light but will tolerate low light conditions. The Sago is a carefree plant that you can let dry out well in between watering. It is a great plant for those who want plants but don’t want to fuss too much with them. 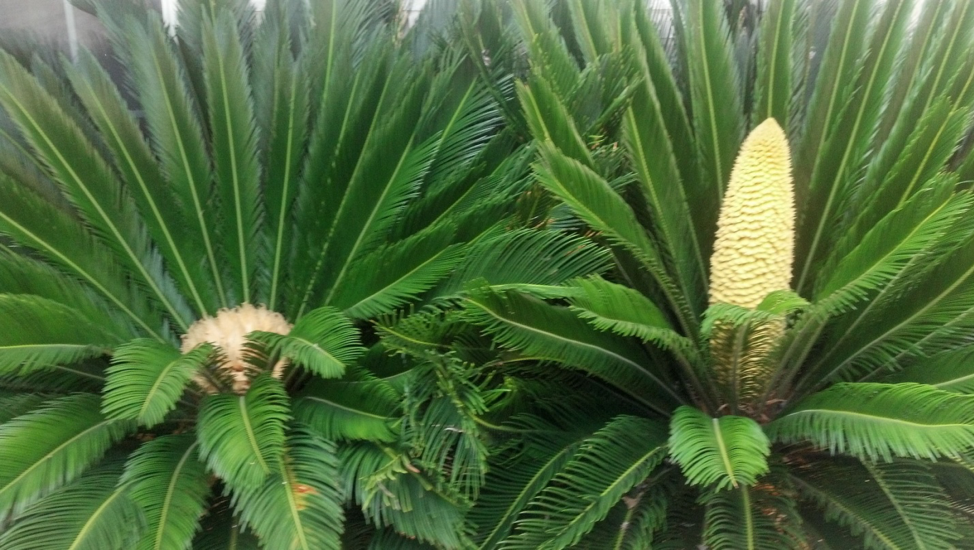